The Codex Rustici, made by and named after the Florentine goldsmith Marco di Bartolomeo Rustici (ca. 1393–1457), is the account of a pilgrimage to the Holy Land enriched with numerous illustrative watercolor and ink drawings. Of particular importance are the many detailed illustrations of religious and public buildings in Florence, especially the churches, and the bird's-eye view of the city. The drawings are of inestimable value for the reconstruction of the historical appearance of the city of Florence and, apart from that, are an aesthetic feast for the eyes.

Originally titled Dimostrazione dell'andata del Santo Sepolcro or “Demonstration of the Progress of the Holy Sepulcher”, this codex is also named after its author, the Florentine goldsmith Marco di Bartolomeo Rustici (ca. 1393–1457). Rustici is recorded as having produced some wonderful commissions like goblets, crosses, candlesticks, figures, and other devotional objects for various monastic institutions. Although principally a description of a pilgrimage to the Holy Land, the manuscript is most famous for its watercolors of Florence’s churches, monasteries, hospitals, etc. Precise information about both the author and the manuscript have proved to be elusive, but the pilgrimage and subsequent text are dated to somewhere between 1425 and 1450. The work is divided into three books, the first describes Florence and the surrounding territory, the second traces his journey down the Italian Peninsula, along the Grecian coast, and across the Aegean Sea to Cyprus, and the third then covers the journey to Africa, Egypt, Mount Sinai, Jerusalem, Beirut, Damascus, Samaria, and Galilee. Rustic not only wrote but illustrated the original codex, which provides a wonderfully detailed glimpse of Italy and the Eastern Mediterranean world in the 15th century. 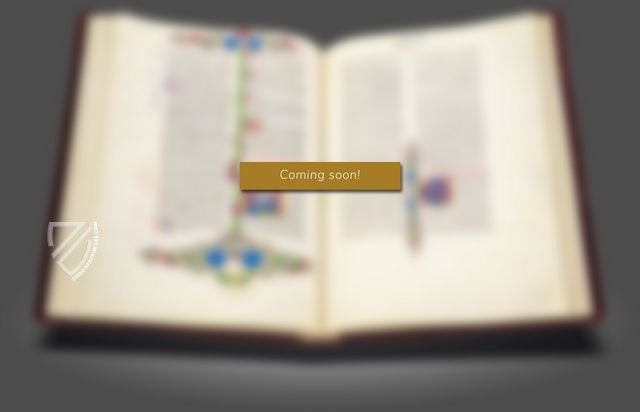 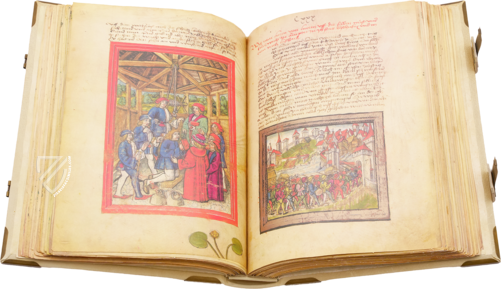 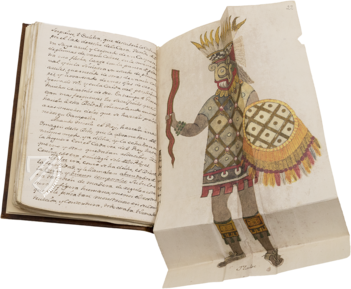