Coming from one of the most famous families of cartographers in history, Juan Vespucci was the pilot major to the Spanish Crown in the early 16th century. His splendid world map, believed to be the most elaborate Spanish map today, is paired with another fascinating artifact from the Age of Exploration – the journal of Antonio Pigafetta. He was one of the few crew members to survive the arduous three-year-long circumnavigation of the globe, which even claimed the life of its famous leader, Ferdinand Magellan. Together, these documents give a precious inside look into some of the first voyages undertaken by European explorers.

Amerigo Vespucci (1454–1512), famous for lending his name to the Americas, was appointed Spain’s first piloto mayor de India or pilot major in 1508. After his death, Juan Vespucci (ca. 1460 – ca. 1524), who was either Amerigo’s brother or nephew, took his place. He created “The Royal Register”, an official map of Spain’s colonial empire. It is likely the largest and most elaborately colored Spanish map in existence, and displays Portuguese artistic influences. It is presented here together with the personal journal of Antonio Pigafetta (ca. 1491 – ca. 1531), a companion of Ferdinand Magellan (1480–1521) during his famous circumnavigation of the globe. He was one of only 18 men to return to Spain out of the ca. 240 who set out three years earlier. His journal is the primary source of material for information about the famous voyage. He was one of three men who were presented to the King to give an account of the harrowing expedition as described in his diary. Illustrations of several islands and coastlines accompany the text. His estimations of distances and routes were surprisingly accurate and valuable to cartographers. The narrative includes details of the terrible suffering of the crew during times at sea when supplies ran low and the men were dying of starvation and disease. For his valiant efforts, Pigafetta was named a Knight of Rhodes. 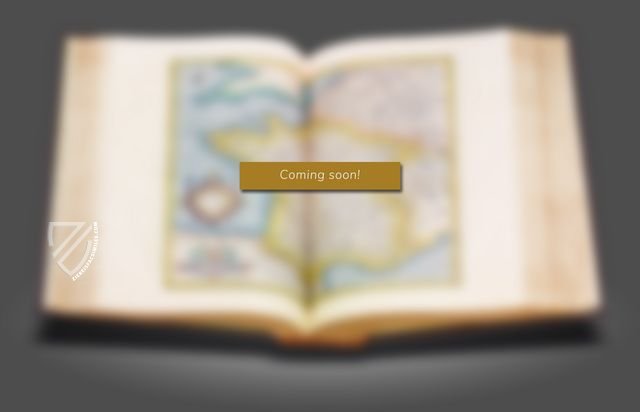 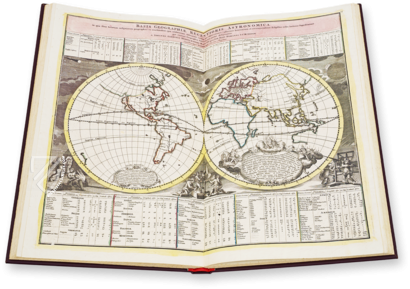 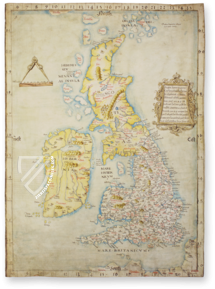