Description
On the Stars

The ancients’ knowledge of astronomy was mostly lost in the West after the Fall of Rome, but this spurred great interest in studying the stars. Although long outclassed by their counterparts in the Islamic World, medieval Europeans made important contributions to astronomy. Astronomical models depicting planetary orbits in a series of concentric circles have their root in antiquity but became common in the Middle Ages. By the Late Middle Ages, it was typical for all seven planets to be depicted, plus four more circles under the moon for fire, air, water, and earth. All of these were surrounded by a sphere of fixed stars held up by the angels. Astronomy manuscripts are counted among the finest examples of medieval miniature painting, they represent the splendid fusion of art and science.

Western astronomy stagnated after the Fall of Rome and began to revive during the Scholastic Renaissance of the 12th century. Nonetheless, the work was continued by people like Saint Isidore of Seville (c. 560–636), who attempted to reconcile the knowledge of ancient philosophers and scholars with that of the Church Fathers. Medieval astronomers sought to establish a symbiotic relationship between the principles of Ptolemy’s astronomy and those of Aristotle’s physics, and to reconcile the differences between them. Scholars from the Arab world were particularly distinguished as astronomers. Depicting the theories and findings of the great stargazers of history was the task of illuminators who created a genre of medieval manuscripts that boasts some of the most skillful and complex miniature painting to survive from the period. European treatises on the stars began to proliferate in the 15th century and took advantage of the more sophisticated techniques employed by Renaissance artists to represent the content of the texts being produced by astronomers at the time. Some of these works even sought to elucidate a connection between astronomy/astrology and health/medicine.
These ten pages offer an overview of splendidly illuminated medieval astronomical manuscripts:
1. Ursa Major and Ursa Minor
Aratea, Leiden University Library
Frankish Empire, 9th century 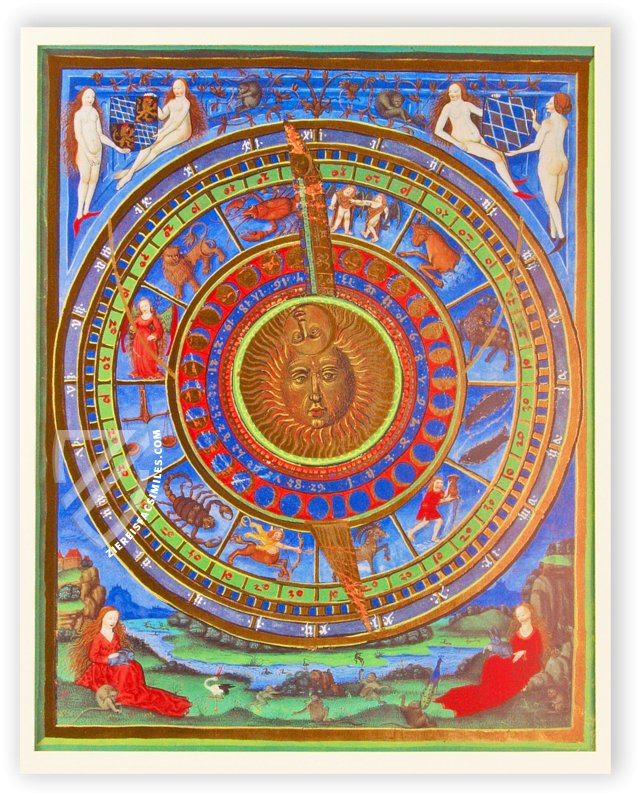 A central disc revolves around a stylized sun with an inscribed moon: in the inner ring, the moon phases are marked with Arabic numerals and shown schematically next to them, in the outer ring, the Zodiac signs are artfully depicted with an inscribed constellation. The twelve hours are marked on the outer ring with Roman numerals. Berthold Furtmeyr’s wonderful color palette makes the image burst from the page and the sun in the middle casts an almost hypnotic gaze on the beholder. 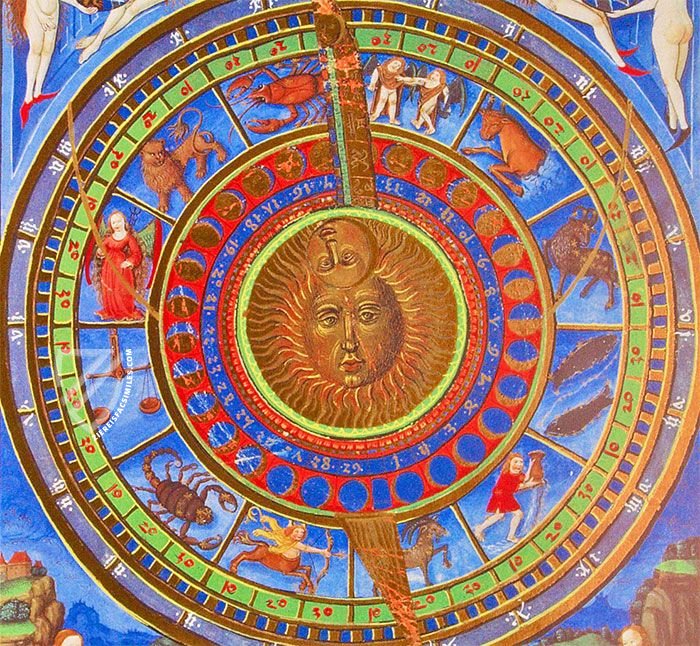 Used for the calculation of the Sun, Moon, and planets relative to the fixed stars, the so-called Alfonsine Tables were one of the greatest intellectual accomplishments of 13th century Europe. They are named after the man who patronized their creation, King Alfonso X of Castile, a monarch so learned he has both the epithets of The Wise and The Astrologer.

King Alfonso is depicted as a late–14th century monarch in the historiated initial, but this might be simultaneously intended to represent King Wenceslas IV of Bohemia, who commissioned this work, thus associating the two Kings with one another. Wenceslaus was a very educated man and some of the most magnificent illuminated manuscripts of the Gothic period were created at his behest. 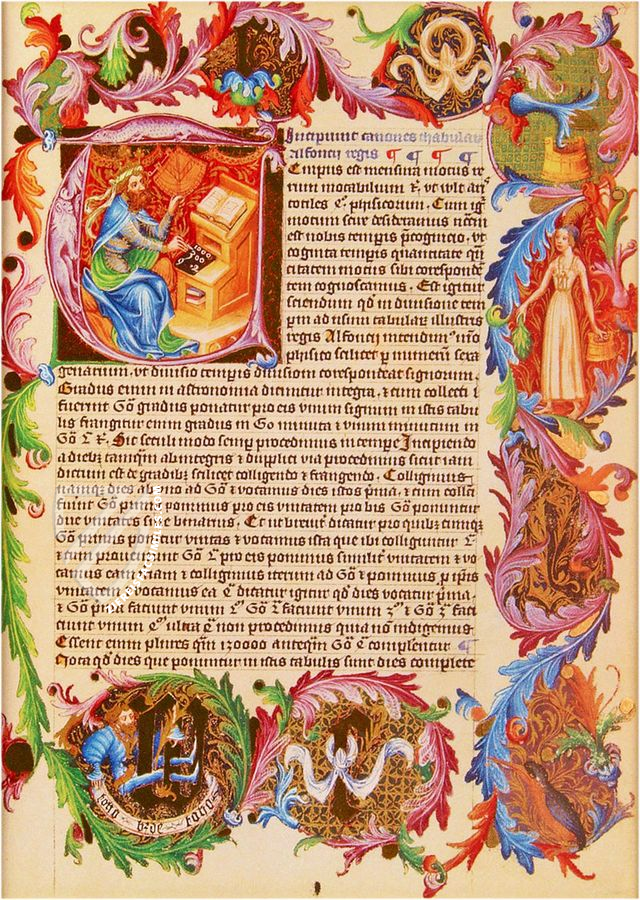 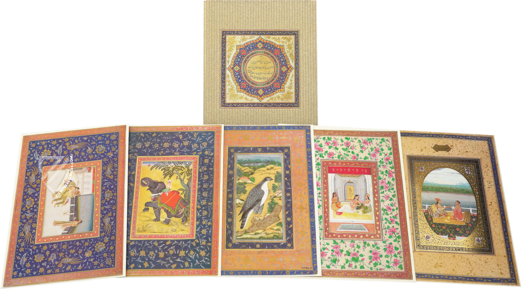 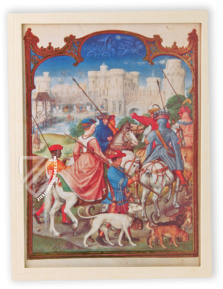