This Venetian incunabulum from the workshop of Vindelino da Spira is a unique testament to the reception of Petrarch in Italy: it is from the first edition of Il Canzoniere in 1470 in addition to be extravagantly illustrated by Antonio Grifo. All 312 pages of the Petrarca Queriniano are filled with impressive illustrations boasting typical motifs and innovative, individual marginal decorations, sometimes even in precious gold. A Petrarch specimen of incalculable worth both for the Petrarch tradition and for art history.

Francesco Petrarca (1304–1374) is probably one of the most famous Italian literati of the early Renaissance. His primary work, the Il Canzoniere cycle of poems, was particularly popular during the time of the Italian Renaissance and was finally printed in numerous editions. The work’s triumphal march in book-form began in the 1470’s, and it was from this first printing of Il Canzoniere that the famous codex of the Petrarca Queriniano originated in Brescia.

A Print as a Historic Event

This incunabula of such great historical value was made in Venice by Vindelino da Spira in 1470. Born Wendelin von Speyer, he was a German book printer who was active in Venice during the 1470’s. This first print of Petrarch’s work – Il Canzoniere and the Trionfi – was a historic event and the edition is a precious rarity today.

The Petrarca Queriniano has even more to offer: it is not only a valuable incunabulum, but was also gorgeously and individually illustrated. A Venetian poet and Miniaturist named Antonio Grifo, who is also ironically named in literature as a queriniano dilettante, was responsible for the extravagant decoration of the book. Grifo filled the work from the first page to the last with impressive creativity and fantasy in luminous colors. He expressed both his own interpretations as well as references to the tradition of Petrarch illustrations. Thus he created gorgeous figurative scenes amidst green trees and fields, splendid initials, and marginal decorations sometimes endowed with gold. This splendor is an indication that the edition was probably intended for a noblewoman. Today, the unique edition of the Petrarca Queriniano in Brescia is still an impressive testimonial to the tremendous esteem and popularity of Petrarch during the Renaissance. 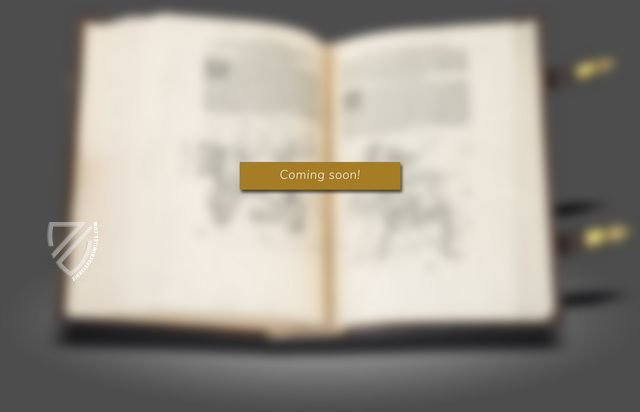 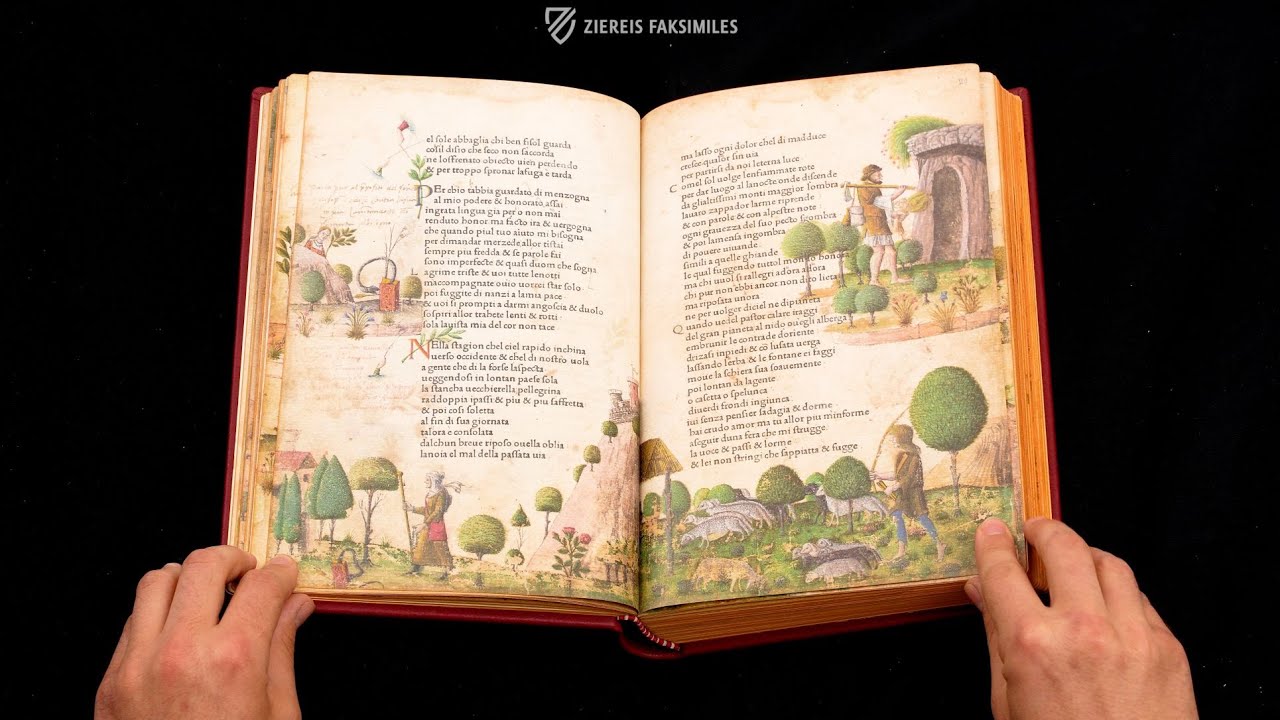 Publisher: Salerno Editrice – Rome, 2016
Limited Edition: 499 copies
Binding: Plexiglas cassette
Commentary: 1 volume by Giordana M. Canova, Giuseppe Frasso and Ennio Sandal
Language: Italian
1 volume: Exact reproduction of the original document (extent, color and size) Reproduction of the entire original document as detailed as possible (scope, format, colors). The binding may not correspond to the original or current document binding. The facsimile contains some missing pages that have been lost over the centuries. These were copied from the manuscript Triv. Petr. 49 in the Biblioteca Trivulziana in Milan.
Price Category: €€ (1,000€ - 3,000€)
Edition available
Price: Log in here!
Order / Ask a Question
You might also be interested in: 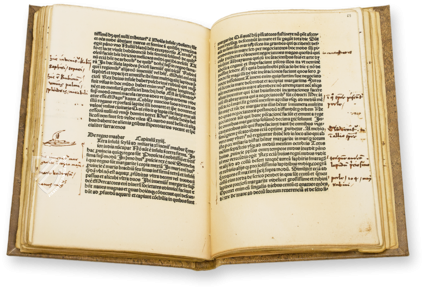