Description
Art of the King (Collection)

The greatness of a medieval king could be measured by the size and wealth of their kingdom, the ferocity of their knights, the sincerity of their faith, and the generosity of their patronage. Illuminated manuscripts represent some of the most enduring and magnificent testimonies to these royal patrons and were often intended as gifts. This could range from a grand tome for public use in a cathedral to a small but splendid book of hours intended for private use. In either instance, these royal manuscripts are some of the finest specimens of medieval illumination.

Here we have a sampling of some of the finest illumination of the Middle Ages, created at the behest of some of the richest, most powerful, and most sophisticated royals of Europe. These are works of art truly worthy of a king, and were either commissioned by a member of a royal family or acquired by them. The first is a wonderful example of the artistic sophistication already achieved in Carolingian art more than 1,000 years ago, while the other three demonstrate the elegance of illuminated manuscripts belonging to the Late Gothic and Renaissance styles. 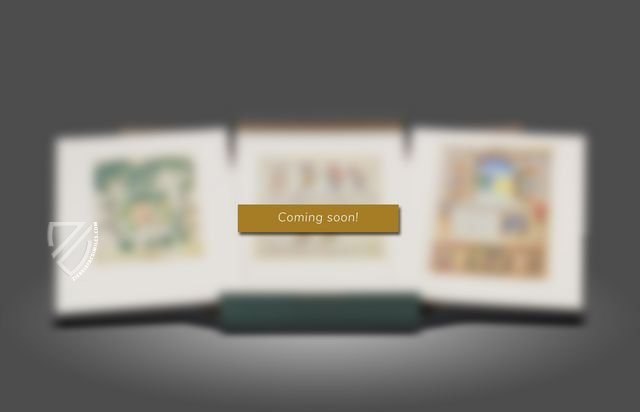 Coron Verlag – Gütersloh, 1984
Publisher: Coron Verlag – Gütersloh, 1984
Limited Edition: 1495 copies
Commentary: 1 volume
Language: German
1 volume: This facsimile is not complete. Reproduction of the entire original document as detailed as possible (scope, format, colors). The binding may not correspond to the original or current document binding.
Price Category: € (under 1,000€)
Edition available
Price: Log in here!
Order / Ask a Question
You might also be interested in:

From the holdings of the Papal Library: a collection of 12 single leaves from splendid literary manuscripts 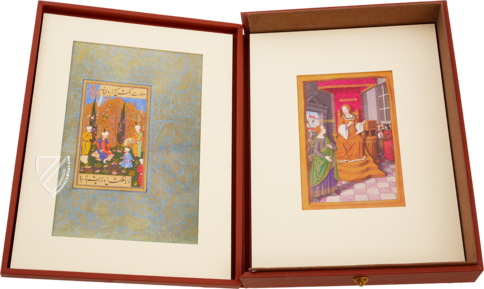 Treasures from the National Library of Russia
Paris (France); Istanbul (Turkey) and others – 9th–19th century

The Russian National Library, founded by Catherine the Great: ten miniature pages from the finest manuscripts of the magnificent collection in St. Petersburg