King Philip IV of Spain commissioned a map series from his royal geographer and cartographer Pedro Texeira in 1634. The Descripción de España y de las Costas y Puertos de sus Reynos was meant to present the Spanish Empire in detail and in its full glory. Wonderfully colored and creatively depicted maps give an overview of the coasts and cities of Spain and the Iberian Peninsula. The world map also give a glimpse of the outstanding cartographic findings and abilities of the significant Spanish court geographer.

In 1634, the Spanish King Philip IV commissioned a map series from his royal geographer and cartographer Pedro Texeira. The Descripción de España y de las Costas y Puertos de sus Reynos was to present the great Spanish power in detail and in its full glory. Gorgeously colored and creatively designed maps give an overview of the coasts and cities of Spain and the Iberian Peninsula. However, a world map offers a glimpse of the outstanding cartographical findings and abilities of the important 17th century Spanish court geographer.

Already at the beginning of the 17th century, Spain could look back on a grandiose history as a great power. Spain stood at the pinnacle of the great powers of Europe at least since Charles I of Spain was elected Holy Roman Emperor Charles V in 1519. This supremacy reached its zenith in the 16th century as Spain forged a global empire from colonies on three continents. The slow loss of this prominence began under Philip IV of Spain (1605–1665), who inter alia undertook many wars against the Netherlands, France, and England among others, and summoned Diego Velázquez to court. Spain’s global empire was to once again enjoy great fame in Pedro Texeira’s atlas.

The “Cosmographer” of Two Kings

This Pedro Texeira (1595–1662) was originally a Portuguese cartographer, who came to Spain ca. 1610. There he enjoyed the highest accolades as the royal “cosmographer”. He was the court geographer and cartographer under Kings Philip III (1598–1621) and Philip IV (1621–1665) of Spain and was consequently known in the highest circles. In the years 1622–20, Texeira was occupied with the mapping of the coasts of the Iberian Peninsula. These geographic findings served as the foundation for the Descripción de España y de las Costas y Puertos de sus Reynos, which was dedicated to King Philip IV.

Pedro Texeira collected 88 colored pseudo-perspectives of the Spanish coastal regions on 200 pages in a large format of 1:20,000 to 1:100,000. These were supplemented with a few smaller cartographic maps of the peninsula’s coasts, the whole Iberian Peninsula, and the world. So, in the Atlas of 1634 there are maps of Barra and the harbor of Lisbon or a map of the whole Iberian Peninsula with the surrounding coastal regions. The Mediterranean and Atlantic are populated with delicately painted ships, which sail around the coasts and island, such as the Balearic Islands. The atlas of the coasts and cities of Spain was completed through detailed maps of the land’s interior, some with a description of the Kingdom of Galicia. The exact pen and ink drawing is, like all maps of the geographic compendium, artfully water colored by Pedro Texeira. The mostly double-page maps are encircled with wonderful frames and contain a variety of descriptions, entertaining addendums, or cartographic aids such as a display scale. The reference to King Philip IV, the ruler of the domains depicted, was made apparent through the gorgeous full-page miniature of the royal coat-of-arms against a red background and in an artfully designed frame. 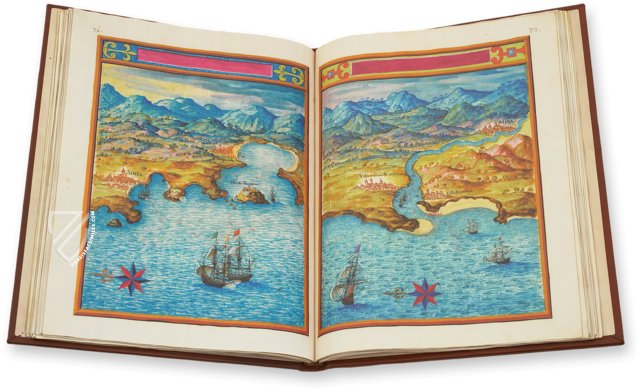 This splendid atlas originated at the behest of King Philip IV of Spain and bears his royal coat of arms, which reflects the massive territory ruled by him. When this map was created in 1634, the King was styled as “Philip, by the grace of God king of the Spains, Both the Sicilies, Jerusalem, the Indies, etc., archduke of Austria, duke of Burgundy, Milan, etc., count of Habsburg, Tyrol, etc.” Despite these lofty titles, the Spanish Empire was already in a state of economic and political decline. 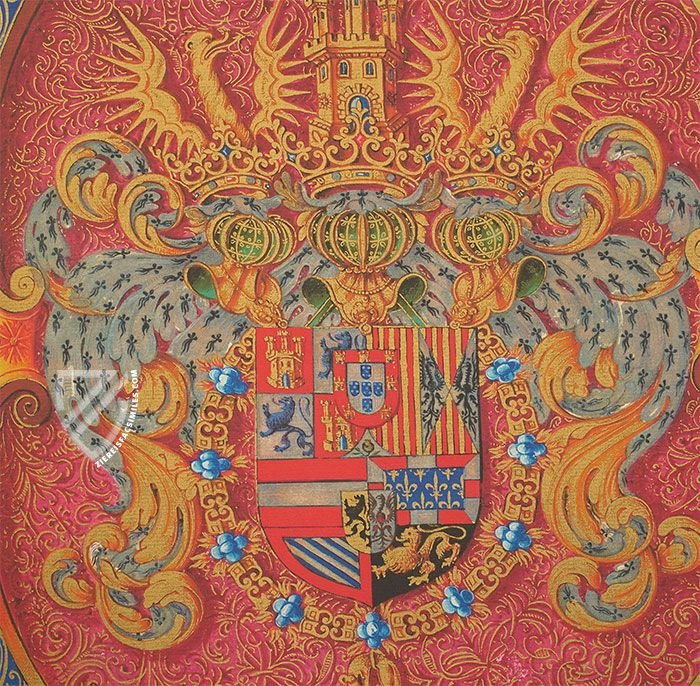 Principally known today for its tourism, agriculture, and historic buildings, Castell de Ferro’s history stretches back to when it was settled by the Phoenicians. It is located on the central coast of the province of Grenada between the Mediterranean Sea and the Sierra Nevada Mountains. The town and harbor are guarded by a hilltop castle, which is Moorish in appearance but whose foundations may be Phoenician.

This full-page miniature artfully depicts a fleet of three ships sailing into the harbor, where another three ships lay in anchor. The green landscape of the coastline gives way to the dry yellow foothills that lead into the cool blue mountains in the distance. The town has red tile roofs and is protected by pink walls and towers. 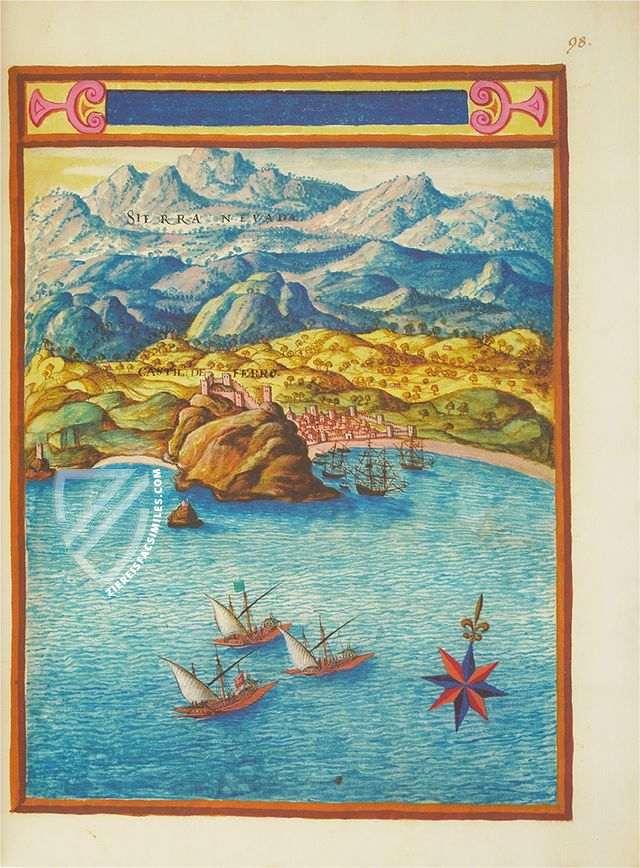 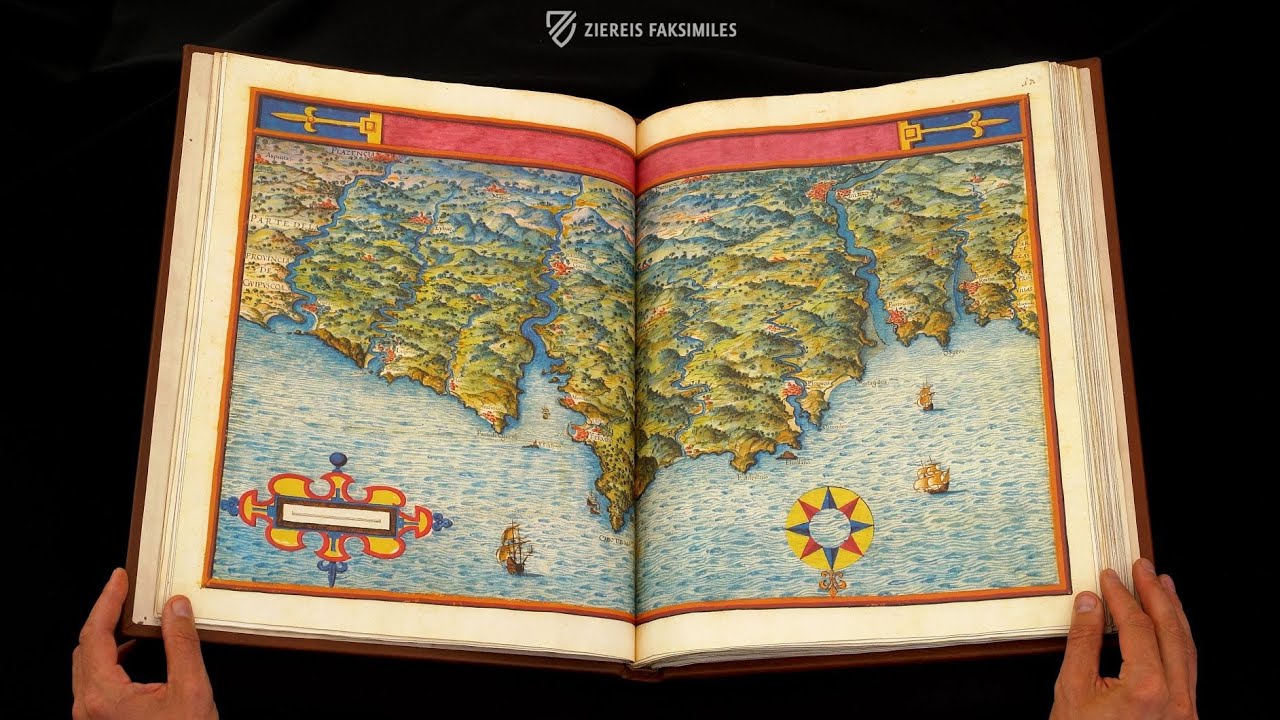 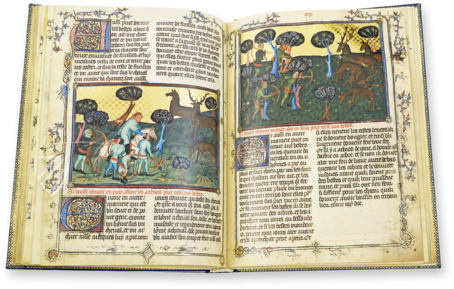 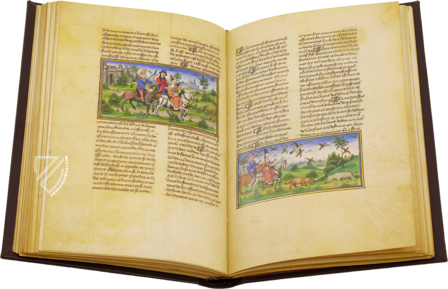 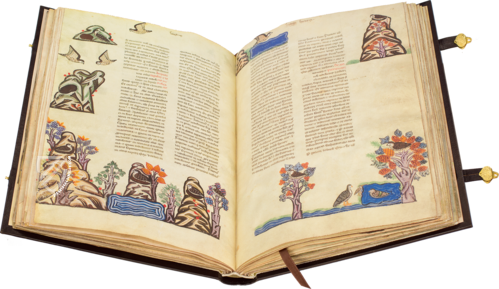 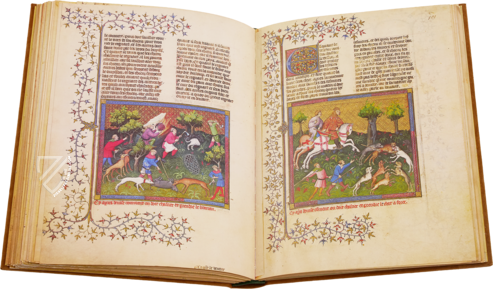 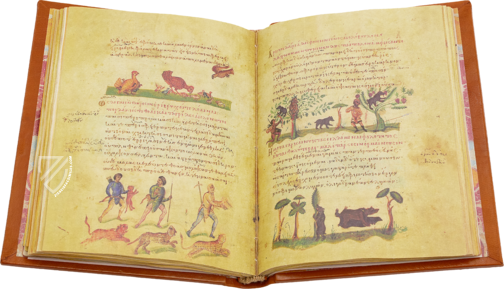 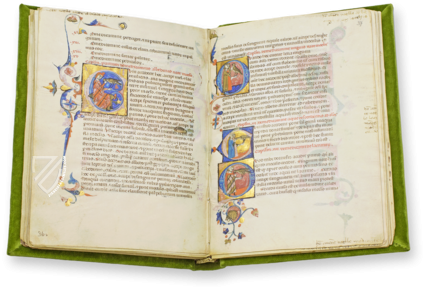