Joseph Haydn was one of the greatest composers of all time, and played a significant role for the monarchies of Austria, Germany, and England due to his compositions. One of the most significant and longest lasting contributions to musical history made by Haydn is the hymn "Gott erhalte Franz den Kaiser", which was the national anthem of Austrian for 140 years and still forms the melody of the modern anthem of the Republic of Germany. The various original documents critical to its developed have been reproduced in an outstanding facsimile edition. These originals by Joseph Haydn represent not only an important part of musical history but also that of Austrian history and are therefore one of the most precious treasures of the Austrian National Library.

An Important Compendium from a Master Composer

Haydn composed the imperial melody between the middle of October 1796 and January of 1797 at his home named “for the seven Swabians”, which was located in the Flour Market, today known as the New Market in the first borough of Vienna. “Gott erhalte” was, according to the text by Lorenz Leopold Haschka, sung for the first time on February 12th 1797 in Vienna in honor of Emperor Franz.
Contents:
• First written record of the melody
• First written record of the final melody for piano
• Complete score for both song and orchestra
• The four variations of this melody for string quartet Hob.III:77 (“Emperor's Quartet”)
• The first printing of the hymn from 1797
There is a special charm upon opening the book: yellowed paper with darkened corners from repeated turning of the pages. Due to the different size of the pages within, it is apparent that this work was written at various times on individual pages and later bound together into a book. Amongst the musical bars are additional notes, which are loosely sketched in, as well as explanatory comments and text in brown ink – giving the facsimile a truly authentic feel. 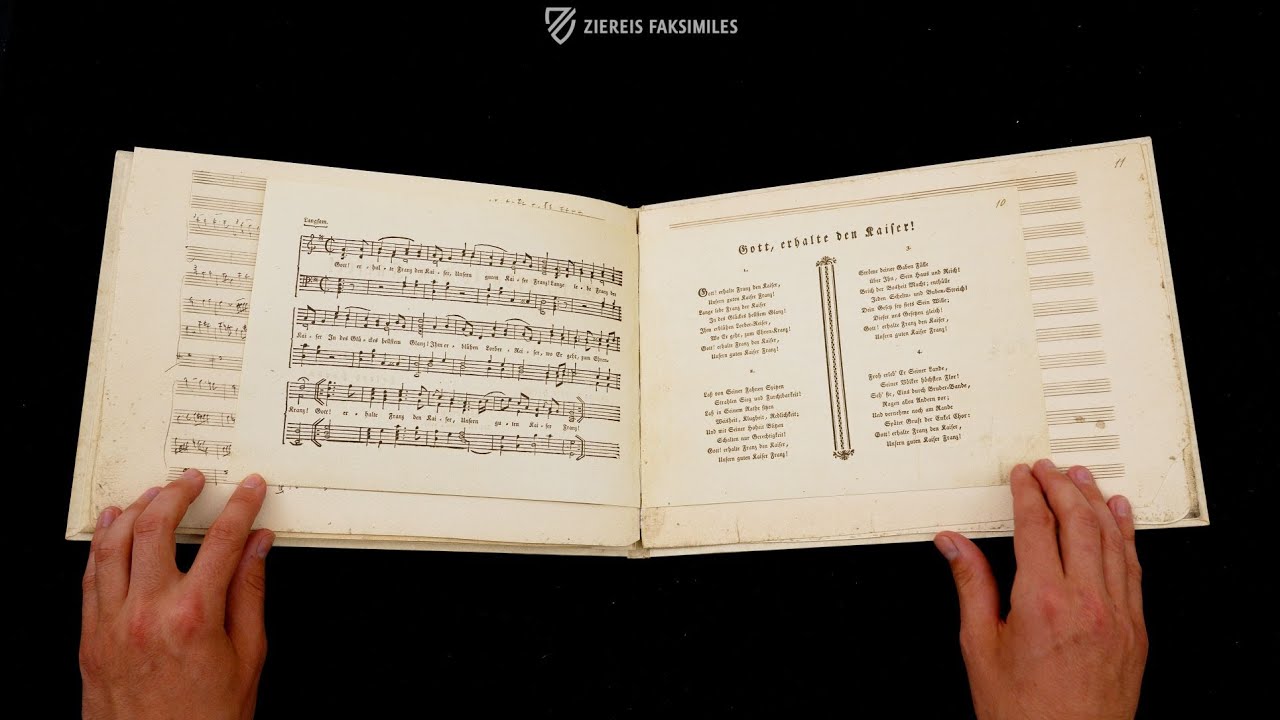 Publisher: Akademische Druck- u. Verlagsanstalt (ADEVA) – Graz, 2008
Binding: Hard bound according to the original. Facsimile and Commentary in a box.
Commentary: 1 volume (24 pages) by Günter Brosche
Language: German
1 volume: Exact reproduction of the original document (extent, color and size) Reproduction of the entire original document as detailed as possible (scope, format, colors). The binding may not correspond to the original or current document binding.
Price Category: € (under 1,000€)
Edition available
Price: Login here!
Order / Ask a Question
You might also be interested in: