In Alcuin (ca. 735–804), St. Liudger had the greatest scholar of his day as his teacher, and in Charlemagne (747–814), the most powerful man as his master. Not surprisingly, his story is told in one of the oldest medieval saints' vitae. Born in 742 to an already Christian Frisian noble family, Liudger would become a missionary in body and soul after studying with Alcuin in York and a lengthy stay at Montecassino. He founded Werden Abbey and another in Helmstedt before eventually becoming the first Bishop of Münster. The history of Westphalia cannot be told without him. At the end of the 11th century, Werden monks related the Liudgeri Vita, which had already been written ca. 850, in Ottonian splendor with miniatures adorned with gold and silver. It is the only illustrated description of the life of St. Liudger and, with its pictorial composition and the pathos of the figures, is in the tradition of late Ottonian illumination.

Dating from the end of the 11th century, the Vita Sancti Liudgeri constitutes one of the most fascinating manuscripts of the late Ottonian period. Around this time, several monks of Werden abbey produced this richly illustrated biography of Saint Liudger who had been active in the service of Charlemagne. 23 miniatures on gold and silver grounds are dispersed over 68 pages, impressively reviving the era of Charlemagne and his conversion of the Saxons. This Vita is the only illustrated description of Saint Liudger’s life and is among the world’s oldest surviving manuscripts of a saint’s biography. A highly important document of medieval history, culture and religion, the book provides an account of the exemplary life and wonders of Liudger. Both the composition of the paintings, the forceful expression of their figures, the colors, as well as numerous details allow us to ascribe the manuscript to the tradition of late Ottonian illumination.

The Legend of Saint Liudger

Saint Liudger was born near Utrecht ca. 742. He attended theology courses in the cathedral school of York where he was taught by Alcuin, who became Charlemagne's counsellor. Liudger was a missionary with heart and soul. His first missions led him to Friesland. Around 790, Charlemagne appointed Liudger head of the mission in East Friesland. In 791, he sailed to Helgoland from where he was expelled in 792 during a rebellion. In the same year, Charlemagne entrusted him with the mission in western Saxony. In 793, Liudger founded a monastery in the settlement of Mimigernaford which was later to become today’s city of Münster. After its elevation to an Episcopal see, Liudger was ordained its first bishop in 805. He went on to founded a Benedictine monastery at Werden in 799. Saint Liudger died in 809 in Billerbeck and was brought back to Werden where his body rests today. 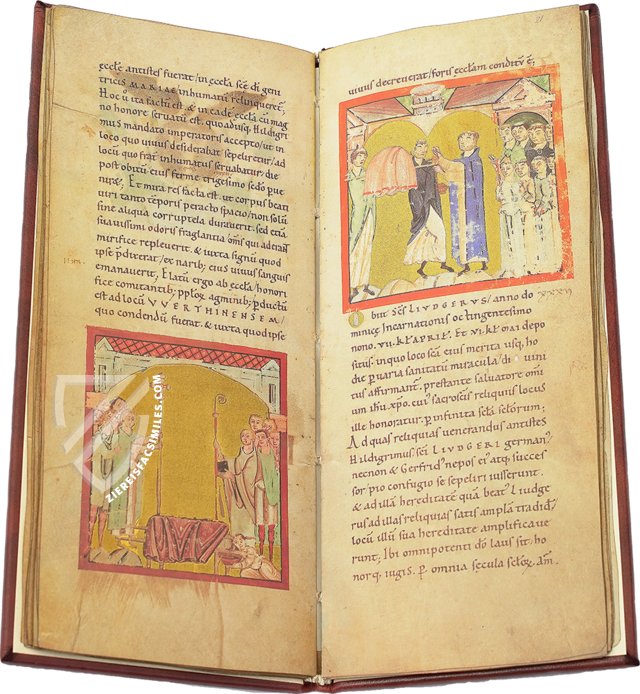 In 787, Charlemagne appointed Liudger as the leader for missionary activities in central Friesland and as part of this entrusted him with the leadership and ownership of the Petrus Monastery at Lothusa (Leuze). Charlemagne is enthroned with a golden crown, a green halo, and holds a scepter as he hands the charter for the monastery to Liudger, who has a blue halo. Both Liudger and Charlemagne are depicted wearing red togas, but the Emperor’s toga is secured with a golden brooch. 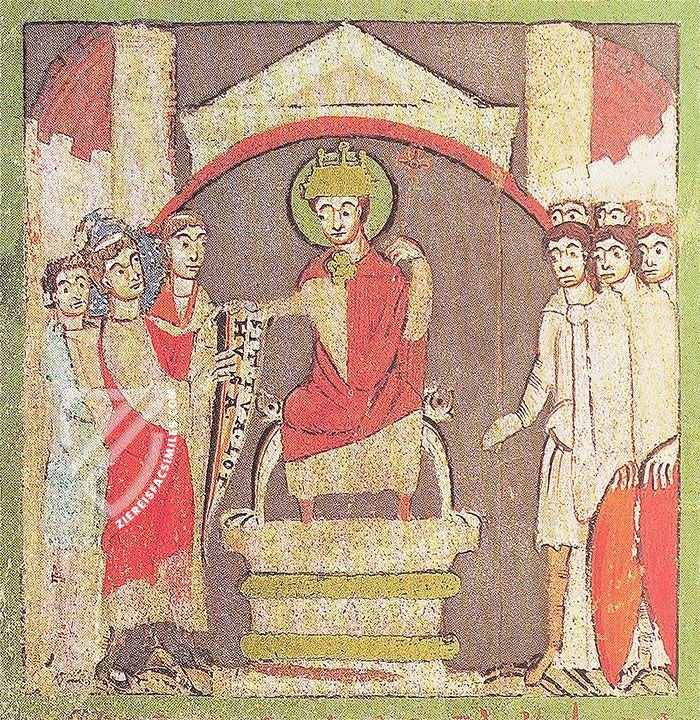 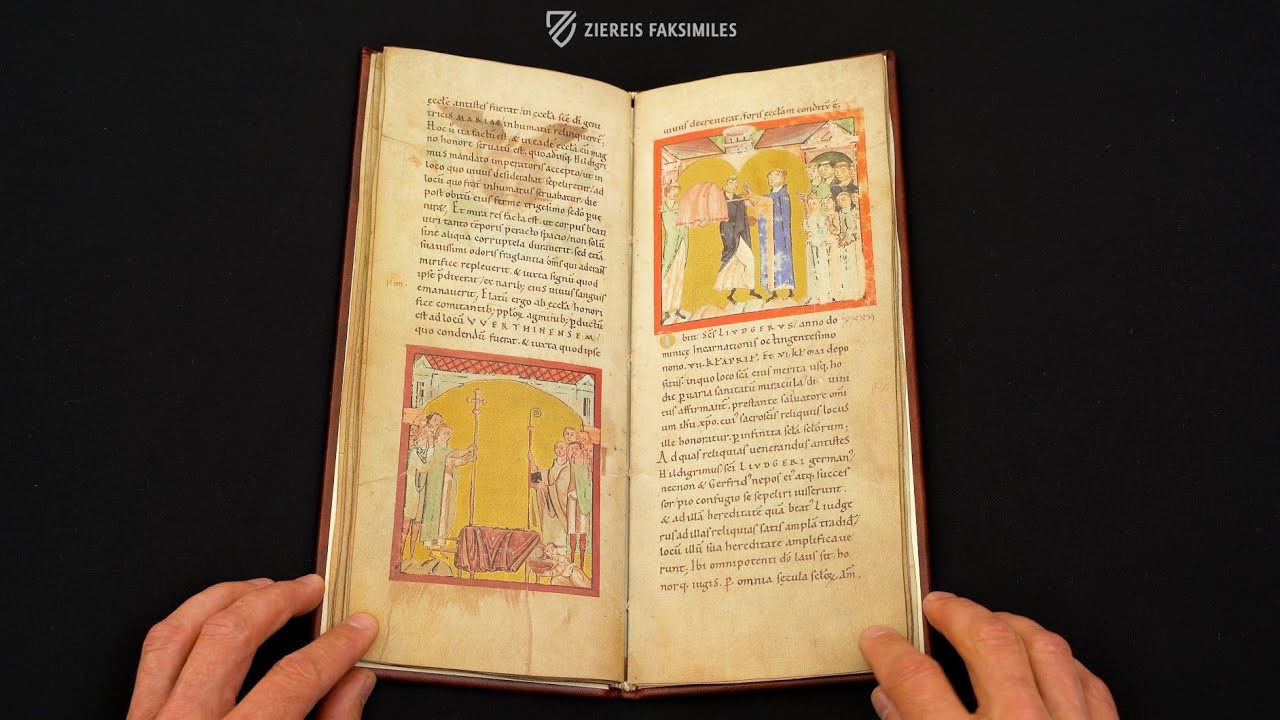 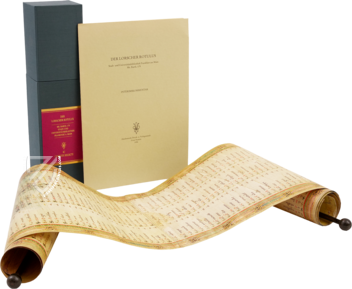