The "monk of Salzburg" as a person remains peculiarly intangible; research has not even been able to agree on his name, let alone on the monastery from which he came. The only certainty is that he lived and worked in the environment of the art-loving Archbishop of Salzburg Pilgrim II of Puchheim (1365–96). Such biographical ambiguity is all the more surprising since the monk of Salzburg, with a total of 100 manuscripts, is the lyric poet of the Middle Ages with the greatest breadth of tradition of anyone. The most important of these manuscripts is the Mondsee-Vienna Music Manuscript. There are 47 sacred and secular songs in it, which are explicitly written by the monk of Salzburg (other songs are anonymous or are written by Heinrich von Mügeln and Peters von Arberg). 83 singing styles are recorded in Gothic chorale notation – not least because of this, the manuscript is also of great music-historical importance.

The so-called Mondsee-Vienna Music Manuscript is one of the most important monuments to the medieval art of song. It contains 31 spiritual and 57 profane songs as well as 12 Meistergesang or “master songs” that were added after 1452. It is a source of the greatest value for musicology. No less than 47 of the 100 works have been specifically attributed to Hermann von Salzburg, with additional texts originating from Heinrich von Mügeln and Peters von Ardberg.

This songbook is not only of the highest value a musicological source on the Liedweisen for the poems of Hermann von Salzburg, but is also the only codex with 3 concordances for the four surviving "tones" by Heinrich von Mügeln that have survived in the Kolmar song manuscript, but is also the primary source for the various forms of secular-vernacular polyphony in the German language area ca. 1400. Of the 83 compositions with Gothic notation consisting of 4 or 5 red lines and the consistently arbitrary employment of note forms and marks distinguishing verse-endings, 27 are spiritual, 54 are secular, and 2 are master songs.

Who were the Meistersinger?

More than a mere minstrel, a Meistersinger or “Master Singer” was a member of a guild, which had rules and regulations just like any other, and generally came from the emerging urban middle class in Germany between the 14th and 16th centuries. The guild’s Tabulatur or law-book addressed three issues: the kinds of poems and parts of a master song, permissible rhymes, and mistakes to be avoided such as errors in delivery, melody, structure, rhyme, word choice, and meter. Thus, the guilds saw poetry more as a mechanical craft to be cultivated rather than an artistic form of personal expression. Guild members usually met on Sunday in the local church, but sometimes used the town hall as a meeting place.
Poetry festivals and singing competitions were held three times a year at Easter, Pentecost, and Christmas. The master singers often wore motely costumes, some of which could be quite lavish. Judges, usually four of them, would award prizes, give praise, criticize mistakes, and even fine those who sang poorly. The winner was determined by who had the fewest faults. Prizes included wreaths of flowers, money, and in the case of Nuremberg, a center of song and poetry competitions, where crowns were awarded. This tradition was a reflection of the values of German burghers and their middle-class tastes as opposed to the high art preferred by the nobility and clergy and played. It played a particularly large role in town life during the Late Middle Ages and endured in southern Germany until the 19th century with the last school in Memmingen closing in 1875. 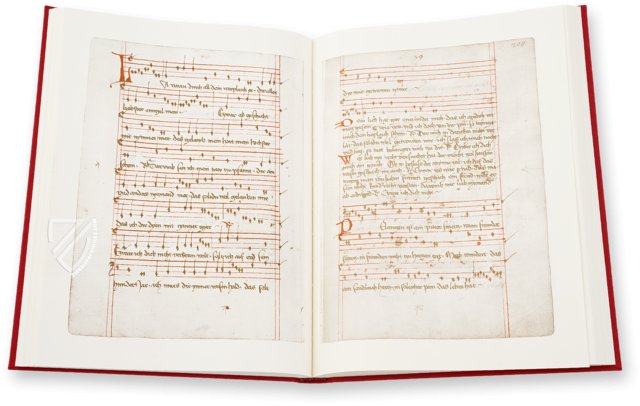