The Theatrum Orbis Terrarum by Abraham Ortelius is a world atlas, which appeared in numerous editions between 1570 and 1598. It was created in collaboration with the Flemish-German painter, engraver, and mapmaker Frans Hogenberg, who was responsible for the majority of the maps and cityscapes. Refined Renaissance art was combined with the developing technology of the printing press to make use of the most current state of cartography. The resulting work is the most important book of city maps published in the 16th century and offers a precious view of many medieval cities in Europe before they were destroyed or badly damaged during the 30 Year’s War and would be rebuilt in the new Baroque style. The 1595 Edition is one of the latest and most comprehensive editions of the work and this specimen is found today in the Istituto Geografico Militare in Florence.

The atlas created by Abraham Ortelius is a work which united all of the cartographical findings of the 16th century. It is considered to be first modern and first commercially successful atlas in the world. The Baroque style illuminated codex has been numerously reworked and republished. The 1595 Edition of the work is one of the latest editions and contains 147 gorgeous colored tables with information about the regions of the world known at that time. Alongside maps and cartographical information, the precious work is adorned with delightful representations of landscapes and architecture.

The Formation of the Map Series

Abraham Ortelius was a Flemish geographer and cartographer. He composed some of the most influential map series of the Late Middle Ages. His atlas represents the crowning of his most important work. The Ortelius Atlas was funded by Gillis Hooftman, an Antwerp merchant, banker, and ship-owner. It was published between 1570 and 1612 in 42 editions and in 7 languages: Latin, German, Dutch, French, Spanish, English, and Italian. In contrast to his colleagues, Ortelius clearly referenced the sources of his maps and texts. He thereby referred to texts that no longer exist today or are only accessed with great difficultly. After the first edition of the Theatrum Orbis Terrarum, Ortelius reworked and expanded his atlas at regular intervals and reprinted it in various forms until his death in 1598. With this atlas, one is dealing with probably the clearest and most accurate map series of the Late Middle Ages.

Between 1570 and 1641, over 40 editions of the Ortelius Atlas emerged, as well as five extensions, so-called Addimenta, of the inventory of maps. The 1595 Edition was printed in Belgian Antwerp and is found today in the Istituto Geografico Militare in Florence. With this late edition, Ortelius completed a formally unified, aesthetically high-quality, and easily readable map program in book format shortly before his death in 1598. Famous artists of the Middle Ages worked on this project, among them the famous German book artist Frans Hogenberg. 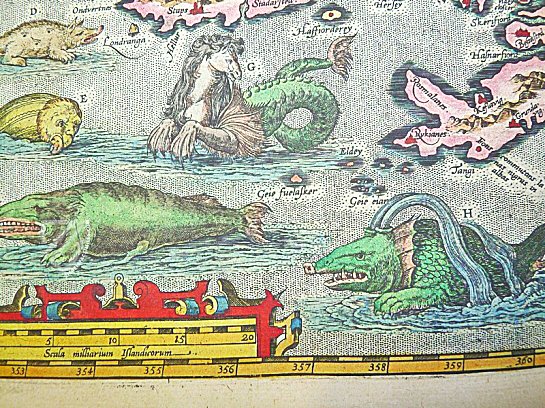 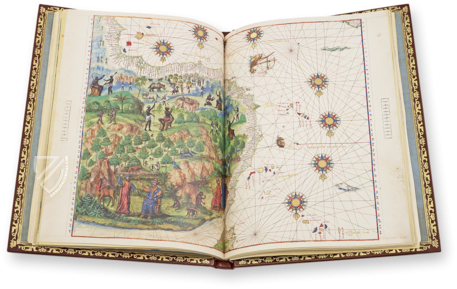